It’s a big week as we reach the end of September! Here’s a look at what we have in store: 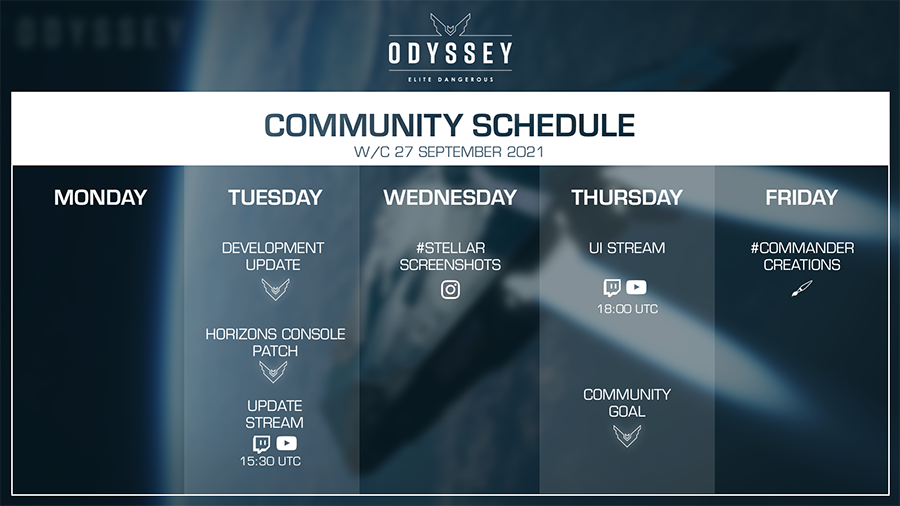 Horizons Console Update: Horizons players on console will receive an update to include several fixes introduced since Update 7 on PC.

Wednesday
#StellarScreenshots: Another week, another selection of inspired in-game photographs! Submit yours for a chance to be featured and win an exclusive paint job!

Thursday
UI Developer Stream: We’ll be joined by two of our very own developers from the UI team! They’ll give us some…